How do we handle the internal conflict that arises when facts or events contradict deeply held beliefs? In his groundbreaking book, When Prophecy Fails (1956), Leon Festinger and his co-authors sought to answer that question by investigating a doomsday cult. The group was led by a Chicago housewife who claimed to channel warnings from the fictitious planet, Clarion. Through automatic writing she was told that the Earth would be destroyed by a cataclysmic flood before dawn on December 21, 1954. The faithful quit jobs, left spouses and gave away money and possessions, in preparation for the arrival of a flying saucer that would rescue them. 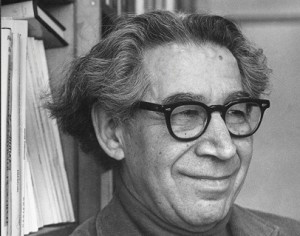 When the flying saucer did not appear, and the flood did not happen, the cultists changed the narrative, and then changed it again. They convinced themselves that their clocks were wrong. When they recognized that their clocks were correct, they set a new time for the arrival of the spaceship. When that event failed to occur, they convinced themselves that God had chosen to spare the world at the last minute because of their good deeds.

To explain this behavior, Festinger coined the term “cognitive dissonance.”  This theory states that when there is discordance between our beliefs and external events or actions, we either change our actions or change our beliefs. Many people are reluctant to change their behavior, so they double down on their belief. In the case of the Clarion cult, so many had sacrificed so much in preparation for Armageddon, they were unwilling to change their actions, so they changed the narrative of their belief.

Self-deception is familiar to most of us. Willful ignorance allows us to evade examining situations that conjure cognitive dissonance. (“It’s okay to cheat on my diet on weekends.”) Often we rationalize our deceptions under the pretense of not wanting to hurt others (we know those little white lies are lies!), or to not “rock the boat.” This kind of self-deception occurs in various degrees in most of our relationships, but especially where there is disequilibrium in power, as between employee and boss.

Sometimes self-deception is an unconscious protective mechanism that enables one to survive a threatening experience. Prisoners in concentration camps needed a buffer of self-deception to remain faithful to the idea of their liberation even when their daily lives suggested otherwise. We may deceive ourselves about the seriousness of an illness or about our impending death. The difficulties of such situations encourage us to ignore the truth in order to thrive.

At its most devastating, self-deception can demonstrate the human capacity to split off or dissociate the parts of the self that perpetrate war, torture, and abuse. Nobel Prize-winning writer Luigi Pirandello captured this when he wrote in a private notebook, “There is somebody who’s living my life. And I know nothing about him.”  We see the fragmentation of self not only in those suffering from dissociative personality disorders, but also in those engaged in brutal and bullying acts while maintaining a “normal” persona. We all know the clichéd trope of the mass murderer who lavishes affection on his dog.

The expression “Post-Fact World” has now seeped into our vernacular. We seem to have entered a time not only of questioning facts, but one of moral ambiguity as it relates to truth. Unless we are willing to try to attend to the truth as it is, not as we wish it to be, and to confront our capacity to self-deceive, we may experience an unprecedented turbulence in our lives.

The Five Faces of Self-Deception